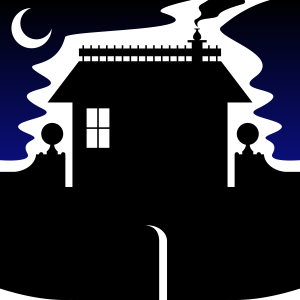 Shamat is a graphic tool for creating hex-based dungeon and outdoor maps.

Shamat is built entirely in Javascript and HTML5, and runs in your browser. You can download the package to run locally on your computer within the browser, or access the online version. Both offer the same functionality, you just don't need an active web connection for the downloaded version.

Shamat uses a hexagonal grid, on which you will draw map elements. These elements may be drawn in various colours, and many of them can be rotated and flip to produce additional visual effects. The main purpose of this tool is for creating dungeon maps and terrain maps. Dungeon maps represent underground structures and overland buildings with walls, floors, corridors, doors, stairs and such. Terrain maps cover a much larger scale and depict the various kinds of landscapes found at that scale, such as forests, mountains, rivers, lakes, roads, and so forth. All design elements can be used for any map, but some you may find more useful for one kind than the other.

Before we get into how to use Shamat, it is useful to quickly cover the concept of layers as they apply to this program. Layers are the different planes on which you can draw, and can be thought of a stack of clear sheets that your drawings go onto. The layer that an element is drawn on determines whether it appears above or below another element in that hex. The layers in Shamat are:

One nice thing about the Layers is that the Eraser tool only works on the currently selected layer. So you can remove walls on the Overlay layer without destroying the floors laid on the Base layer. Since Features, Terrains, and Annotations all sit on the Symbology layer, the Eraser tool will erase all three from the same hex.

A final word about the draw order. While elements are drawn in order based on their layer, you can also have multiple elements within a hex on the same layer. These will draw in the order they were added, with the most recent one on top. So for example if you are on the Symbology layer and have a Town in a hex which you want to add a Forest to, if the Forest is added second it will draw on top of the Town. If you want the Town on top, erase both elements from the hex, add the Forest, then add the Town.

This section contains these basic information and settings on your map project.

These are core tools that control how you add elements to the map.

These are the "paint brushes" for building your map. Multiple components can exist in the same hex, though painting with Whole will obliterate any partial hex components on that Layer.

These tools let you manipulate the currently selected Component.

These are various symbols that can be added to the map. They will be drawn in the selected Material colour.

These tools let you manipulate the currently selected Feature.

These are terrain symbols that can be used to create overland maps. They will be drawn in the selected Material colour.

These are character glyphs that can be added to the map to denote points of interest. They will be drawn in the selected Material colour. Press the matching key to quickly select a letter, number, or symbol.

These tools let you toggle and position a megahex overlay on top of your map. It is always drawn in pure black.